Pairwiser runs on the cloud service Amazon Web Services. We have done performance tests running on a machine able to run 32 threads in parallel (AWS instance type c3.8xlarge). Here are the specifications:

Here are the test result for the Pairwiser algorithm, internally named Algorithm 237, the same as the previous report.

As we remarked in the previous post, Model 3 (the Linux Kernel model for x86) has a best published time of 33 702 seconds (or 9.4 hours). This was improved in the alpha version of Pairwiser to 316 seconds (or 5.3 minutes). For Pairwiser beta, we can see that the new record time is just 61 seconds (or 1 minute)!

Note that there will be some overhead in using the Pairwiser client or API. The input model must be transferred to the machine and the result back. Also, the online service double-checks the coverage to ensure a correct measurement.

Please note that Pairwiser is in beta, and that the stability and quality might be less than the final product. 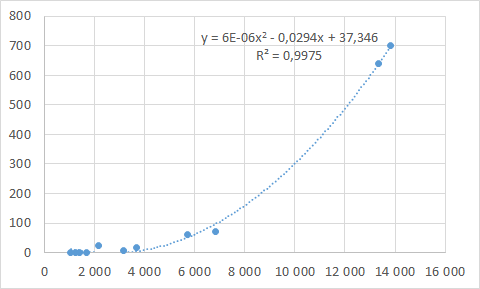